The Future of LHR 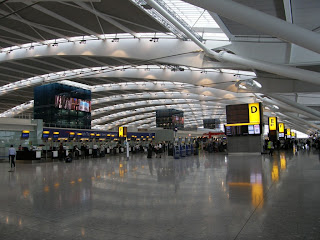 With the UK Governments decision to halt the proposal for a third runway to increase capacity, London's premier airport has been drifting along wondering where its future lies. Having dropped to 4th in the World Rankings in 2010 down from 2nd on total aircraft movements, its status as a premier hub for Europe is now being fiercely challenged. With new aircraft able to travel longer distances Heathrow position as a staging post for transatlantic travel is now seen as at risk.No longer do Middle East, African and European airlines need to stage through Heathrow with their premium travellers.

Where does its future lie?

Join us on this weeks Across The Pond on the Airplane Geeks podcast with Tim Robinson, Editor of Aerospace International where Tim tells us his view of Heathrow, where it stands and where it may end up!