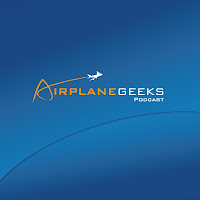 Without Max, Rob, Dan and David we wouldn't have Across The Pond. Its been a great time supporting the show. And never forget the contribution made by Steve and Grant, both of whom have supported me and the segment from its earliest days. Without Steve and Max you would not have Across The Pond, their technical help has been extremely valuable.

So here's the teams bio's.

Listen in at www.airplanegeeks.com or download the highest ranked aviation podcast on iTunes.

Together, Grant and Steve produce the Australia Desk Report, covering aviation from that regional perspective. When not creating content for us, they put out the Plane Crazy Down Under Podcast.
Grant works as in the hot air ballooning industry as office manager, project manager and ground crew with Picture This Ballooning. A perpetual student pilot, Grant has tried a couple of times to get his fixed wing license, his glider pilot’s license and, currently, his balloon license. Each time he gets further into his training, something else comes up and he either relocates around the world or watches his flying money disappear into other causes. Finally being able to link his IT geek with his Aviation Geek, Grant looks after the web site, arranges interviews and generally causes cheeky mischief.
Grant can be found at his Fly Me Friendly blog as well as Falcon124 on Twitter. He also runs the Picture This Ballooning Facebook page and twitter feed.
Steve is a self confessed podcast junkie and lapsed pilot wth a range of ratings in Australia and the United States. He currently drives trains for a living and dreams of getting back in the air again just as soon as life stops putting road blocks in his way. He’s studied freelance journalism (but never finished) and is also a firefighter with the Country Fire Authority in his “spare” time. He often admits to spending far more time than he should fiddling with computers and other “geek” gadgets, and his “leet mixing skillz” are stretched to the max as he works hard to ensure they sound as coherent, intelligent and witty as possible with each episode.
Steve can be found at his Aus Flier blog and on Twitter as SteveVisscher.

Rob Mark
Robert Mark, is a 35-year aviation-industry thought leader. He’s the Chief Executive Officer of CommAvia, an aviation marketing-communications group that tells the stories of airports and aviation businesses their customers need to hear.

A commercial pilot all his adult life – airline, business aviation, charter and flight instruction – he’s logged nearly 7,000 hours in aircraft as small as the two-place Aeronca Champ to the massive, double-deck Airbus A-380. A social media geek the past five years, Robert Mark edits the award-winning aviation industry blog Jetwhine.com.
Rob has been a contributing editor to Aviation International News and Business Jet Traveler magazines the past decade and was named, in both 2004 and 2009, the Airbus Aerospace Journalist of the Year at the Paris Air Show. He also writes for Forbes.com. Rob is an adjunct faculty member at Northwestern University’s Medill School of Journalism. He’s also a member of the editorial board of the Northwestern University magazine.
A professional speaker and voiceover talent, Rob has engaged audiences on a variety of business marketing and emerging media topics. He’s appeared as an aviation-industry expert on PBS, CNN, CBS, WGN and NBC TV, in additional to being a regular aviation commentator on the Fox News Network.
In 1998-99 he served as president of the Chicago chapter of the International Association of Business Communicators and currently serves as a chapter advocate for IABC’s Pacific Plains Regional Board. Rob received his Master of Science degree from the Integrated Marketing Communications program at Northwestern University’s Medill School of Journalism.

David grew up around aircraft. His father was Base Civil Engineer for the USAF 913th TAG at Willow Grove, PA. His first toy was an airplane; from that point on he never stopped looking up. David graduated from Temple University with a degree in Military History and Diplomacy, focusing on the air wars of the Middle East. Realizing that there was no money in knowing about the Air Orders of Battle of Israel and the rest of the Middle Eastern States, and he needed to eat, he eventually landed in a career as a marketing professional.
With the power of an e-mail, David became a weekly contributor to the show and eventually co-host in training. He is also the subject of a “Code-Sharing” agreement between the Geeks and the Australia Desk / Plane Crazy Down Under podcast.
David is an avid plastic modeler, photographer, and reader. You will always find him paging through books looking up some obscure piece of information, or “geeking” out on the latest Sci-Fi.
David can be found at his blog “What Just Flew By?” (www.whatjustflewby.blogspot.com) or http://Twitter.com/DMVanderhoof.

Dan Webb has had a passion for aviation and airlines ever since he took his first commercial flight when he was three years old. Nowadays, Dan is a college student at business school. He pens the blog Things in the Sky, part of BoardingArea.com, where he shares his opinions about the industry. You can reach him at dan@danwebb.us or at twitter.com/danwebbage.

Max has been an engine guy in the aviation industry for over 30 years, and is the creator of the Thirty Thousand Feet aviation directory. That site started back in 1996 as a single short page, and has grown (some would say pathologically) to include links to over 20,000 aviation resources that span commercial, military, and general aviation. Max’s latest project is Podcasting Passion which helps you create a quality podcast.
Max is proof that you don’t need to be a pilot to be an airplane geek. Which is good because he’s too cheap to ever get a pilot’s license, let alone hold any financial interest in an airplane more expensive than a desktop display model.  Reach Max at twitter.com/MaxFlight or at maxflight.30000feet@gmail.com.

Courtney Miller
Courtney, on the other hand, is both a pilot and an airplane geek, but no longer an active part of the podcast.  With 10 years of aviation experience, including 5 years in the right seat of a CRJ-700, Courtney has moved from passenger airlines, to express carriers, to aircraft manufacturing.  In addition to his countless duties flying a desk, he also manages the Airline Empires community, and the Airline Empires Blog.  Fortunately for the Airplane Geeks, Courtney is no longer an active member but you can still hear him occasionally with his “Whiskey Tango Foxtrot” segment. For those of you who can’t get enough Courtney, he also participates in a non-aviation podcast at TheGuysPodcast.com. You can also follow him on Twitter at Miller22.
You can get in touch with any of us at thegeeks@airplanegeeks.com or through our listener line  at (361) GEEKS01 or or (361) 433-5701.