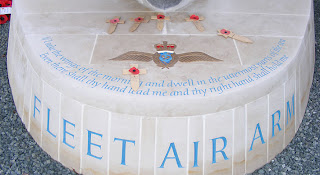 On Monday 17th October 2011 at 6am Anthony K Johnson, left us to join his family, friends and comrades who have already left this plain. As a mark of respect, I decided not to run a segment in the show this week and to repost the Blog Post and re run the Audio Segment we recorded on my Dad's flying career.
First posted in May this year, I talked to Dad about his early entry into his beloved Royal Navy and the stories then just flowed. He was a courageous man and will be missed by his family and friends. He leaves us with happy memories as well as these stories of exploits and endeavours playing his part in fighting for his country. He was my Dad, my friend and above all his passion for flying now lives in me and his latest Grand Daughter Beatrice who at One Year old points out the aeroplanes in the sky.
We all miss you already, enjoy flying with the angels.
Pieter
To listen to the Segment click on this  link Anthony K Johnson on the Airplane Geeks - His Flying Story (It should play in your browser. If you have any problems, email me and I'll send you a copy). You can also right click on the link and 'save as' to save the MP3 file to play on your mobile, iPod or PC.
Also there will be no flowers at the ceremony for my Father as he wished that any monies spent would be better donated to Help 4 Heroes. Please support them if you feel you with to show your respects.
Anthony Kenneth Johnson RN PO TAG (First posted 25th May 2011) 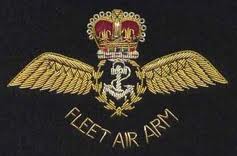 Its taken a long time to get around to making this happen. The influencers in our lives sometimes get forgotten because we always had them around and it seemed too normal to have to think about doing something to demonstrate their influence on us.

I know where my love for flying comes from.....it comes mainly from my Dad.

Stories of his war time exploits and training are very familiar to me, even though I have not really heard them many times or really that often. My Dad, my younger brother and me would spend hours and hours parked at airports, airfields or sometimes just in a place where you could the sky and watch aeroplanes fly by.

From this I got the bug!

This weeks interview on Across The Pond is the story of a young 18 year old, who had already been credited with heroics during the blitz, working for the ARP helping to get trapped people out of bombed buildings, join the Royal Navy.

With an education that was not matched to the roles he undertook, he had to work hard to get in the top half of his training group to be sent to Canada to finalise his training as a Telegraphist Air Gunner, flying mainly Fairey Swordfish and Barracuda's.


His stories of his training are both interesting and exciting and some of those that didn't make the edit were quite frankly horrifying. Through all of this, Anthony Johnson and many of his comrades prepared and then went to war.

His story is just one of those hundreds and thousands who gave service to their country for whatever side they fought.

There are not many left to tell their stories so in some way we are doing our little bit to preserve some more history using new media.

This is a short insight into the training of a TAG operator and we hope you enjoy it.
I enjoyed doing this segment more than most because its so close to me. There is a fuller version which may get aired one day.

I am very grate to my Dad for doing this interview so that we could share his story with our listeners. I am also grateful to Paul Fiddian of Global Aviation Resource (www.globalaviationresource.com) for allowing us to use his beautiful shot of the Fairey Swordfish. This aircraft is based at RNAS Yeovilton and my Dad and I have seen it fly many times and will always have a warm spot in out hearts for the Old String Bag.
Posted by Pieter at 10/23/2011 05:44:00 pm