XS422 Returning to the air with the AALO 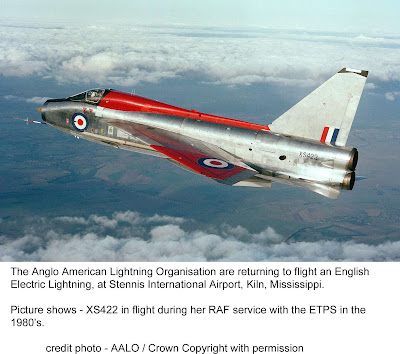 This week we talk to Phil Wallis Rtd. Royal Air Force (RAF) Engineer with over 30yrs concurrent Lightning experience on how he plans to return an ex RAF Boscombe Down Lightning to the air.

XS422 is at Stennis International Airport in Mississippi, USA, where it lives and is being rebuilt by an international team of volunteers.

The Lightning is one of the UK's most powerful interceptors even to this day and if you have never seen one do its take off run then watch this video on You Tube. Its an amazing aircraft that is no longer in service but this project run by the Anglo American Lightning Organisation plans to bring XS422 back to life and we will get to see and hear those Rolls Royce Avons delivering that beautiful sound as it fires the plane into the sky to its maximum speed of 1300mph. 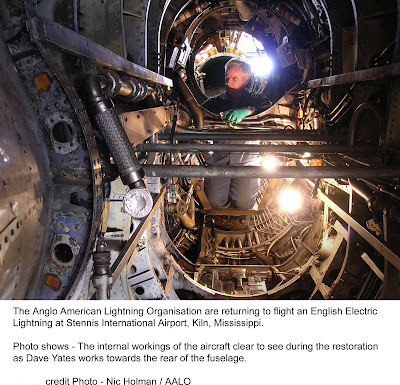 Listen in to hear all about the project and how you might be able to help play a part. 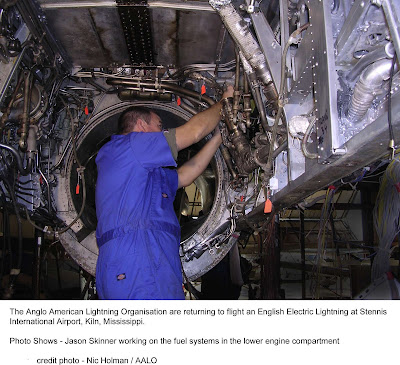