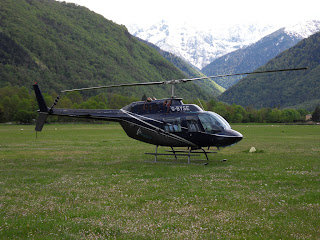 Richard Cooke is a qualified helicopter pilot and I wanted to find out a little bit more about this art form of flying that baffles many (left hand right hand cyclic.......)

Richard has held a JAR PPL(H) since 2010 on the R22 and R44 and has also flown amonsgt other types the the S300 and B206. In fact he flew as part of a 13 pilt team with four helicopters from Bournemouth in the UK to Bagnères-de-Luchon in the Pyrenees in France.


Passionate about helicopters all his life we can see where it came from as his father was a Qualified Helicopter Instructor on the Lynx for the Army Air Corps. Richard today flies mainly around the east midlands in the UK and trained at Helicentre Aviation in Leicestershire.